Release Date: November 29, 2016
Extinction Level Event: An event where all species on the planet can become extinct.

When a rogue moon was discovered on a collision course with the Earth, we thought we had a solid plan.

30 Years later… those who managed to survive, emerged from the caves to find a frozen world.

A world where rule number one in the compound is to be inside the gates before sunset. . . or die.

Eve watched the gates close – with her father on the outside – so that should be the easiest thing in the world for her to remember.

But life is not always simple.

Life does not always go as planned.

Now Eve is in a race against time, discovery, and danger around every corner – to find a truth that has been hidden. . . for years.

A truth Eve’s father died to protect her from.

This is a very intriguing dystopian novel.

This book is written in first person point of view. The main character is Eve and we really get to know her and how she thinks. Looking through her eyes we gain a very good understanding of a number of the other characters in this book. It is very easy to connect with Eve and her family in relationship to how they feel about her father’s death.

As we go through the story Eve and the other members of her hunting class encounter a number of different things that give us insight into how life is lived in the caves. We meet Jude as Eve becomes friends with him and some of the others in her class.

I did find that at times things seemed to be very repetitious. This was a distraction and made it a little more difficult for me personally to not lose interest.

I am very glad that I stuck with it because the ending definitely had my heart pounding. I will be looking forward to the next book in the series to see what happens next.

I received a free eBook copy of this wonderful story. I have chosen to write this review to express my personal opinion. 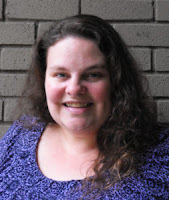 JC Morrows – author of the Bestselling Young Adult Dystopian series: Order of the MoonStone and the NEW Frozen Earth series (Post-Apocalyptic with a Dystopian edge) – spends her days writing, arguing with her evil computer, juggling two kids, and wishing someone would invent a coffee IV.

A storyteller in the truest sense of the word, JC has been telling stories in one form or another her entire life and once her mother convinced her to write them down, she simply couldn’t stop.

And… as a true believer, she gives God all of the glory for her talent and ability!

“And the LORD answered me, and said, Write the vision, and make it plain upon tables, that he may run that readeth it.” Habakkuk 2:2

Life After E.L.E. is one of those stories that I never saw coming. A lot of people might even say it was never meant to be. . .

But GOD had other plans!

It was one of those spur-of-the-moment ideas… the kind that usually doesn’t amount to much for me. Over the last twenty years I have started hundreds – yes, you read that right – of stories on the spur-of-the-moment. Until 2011, none of them amounted to anything more than a few chapters. In 2013, I was working on an entirely different series – the first I’d had any measure of true success with – when my mother challenged me to participate in NaNoWriMo [National Novel Writing Month – where you write 50,000 words in 30 days].

I sat down on November 1st with absolutely nothing on the page and only a vague idea of what I wanted to write about. And, to be perfectly honest, I didn’t expect much. I did not expect to reach the goal and I certainly never expected that the book would be published three years later (albeit after quite a bit of editing and rewriting)

What’s more is that there is more to this story.

Last November, one of the stops on Marissa Meyer’s Heartless tour was Nashville, and of course my daughter and I had to go see her… and buy her new book! While there, I gave Marissa an early copy of Life After E.L.E. – after thanking her for being such an inspiration to me.

Not only did she seem genuinely excited – she made a point to have me autograph it! (cue absolute and utter shock – followed by inner Happy Dancing)!

Why so excited you ask? Well… there are some authors who think you’re not a ”real” author when you write your story during NaNoWriMo and knowing Marissa’s story was about the only thing that kept me going that year. You can’t get much more REAL than New York Times Bestseller – which Marissa hit with her very first book. She was a tremendous inspiration to me then – and continues to be now. I am truly blessed to have met her!

And I count myself truly blessed that the right people enjoy the story enough that it has been published. I look forward to sharing part two with readers at the end of this year. And then I have another story to get out there! 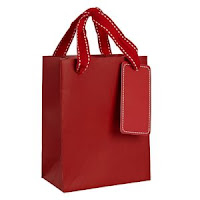 To celebrate her tour, JC Morrows is giving away a themed basket including the book and swag and some specially chosen surprises!! Click below to enter. Be sure to comment on this post before you enter to claim 9 extra entries! https://promosimple.com/ps/b0fd
Posted by Debbie Wilder at 10:44 PM