Wheresoever They May Be by Terri Vanguard + A GIVEAWAY

Book title: Wheresoever They May Be

Lily Swanson longs to be a mother. Soon Frank should be home for good and they can furnish a nursery. Maybe even find a bigger house.

Joe Gallagher grew up in a small house with plenty of siblings. He loves the solitude of flying, but the war has dragged on for so long. He’s ready to go home.

Susan Talbot has a bad attitude. She’s estranged from her family and she doesn’t attract friends. But war can bring out the best in people and Susan’s surprised to realize she’s happy.

They all do their part in striving for victory in World War II. Sometimes, though, the danger can be hard to identify.

Filled with wonderful details about life during WWII!

These characters are incredibly well developed. I was able to relate to them on an emotional level. Early in the story I was feeling a little overwhelmed by how many main characters there were and the different viewpoints that the story is told from. As the book progressed and I started to find out the way their lives intersected I was able to really follow what was going on.

All of the different situations that they faced were described in marvelous detail. One of my favorite things about this book is the fact that the common things in life during this period were presented with amazing clarity.

I have never read anything that really explored life on the home front for the wives that were left behind. The chapters from Lily’s viewpoint did a remarkable job of making me see the struggles that they faced. Everything from adjusting to working in factories to dealing with things like a failing refrigerator.

The other viewpoint that really captured my attention was Susan’s as a woman enlisted in the WAC. I joined the Air Force in the mid-1970s but I had never considered what it would have been like for these women who entered into military service at the beginning. The way the men viewed them was spelled out so clearly that I wanted to slap some of them.

I have never read anything else by this author. I will be looking for her other books now though. I am giving this delightful book a rating of 5 stars and highly recommending it.

I received a free eBook copy of this book through Celebrate Lit. I have chosen to write this review to express my personal opinion. 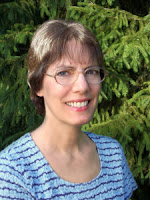 Terri Wangard grew up in Green Bay, Wisconsin, during the Lombardi Glory Years. Her first Girl Scout badge was the Writer. These days she is writing historical fiction, and won the 2013 Writers on the Storm contest and 2013 First Impressions, as well as being a 2012 Genesis finalist. Holder of a bachelor’s degree in history and a master’s degree in library science, she lives in Wisconsin. Her research included going for a ride in a WWII B-17 Flying Fortress bomber. Classic Boating Magazine, a family business since 1984, keeps her busy as an associate editor.


After eight years of thinking, breathing, researching B-17s, I was ready to disembark and concentrate on something else. But what? I had a vague idea of three friends who joined the WAC, the WAVES, and the WASPs, but nothing crystalized. Except for the WAC.

I didn’t want to completely turn away from flying, and I prefer topics that aren’t commonly known. How about a grasshopper pilot? My second character was on board.

I had toyed with the idea of a family generational series. A World War II story paired with a World War I story. But no, too unwieldy.

The WAC could have a sister, though, who stayed on the home front and did factory work. Oh, dear. I couldn’t completely stay away from B-17s. She’s building them.

She also needs a husband. He’ll be in the navy, and not on an aircraft carrier. A destroyer! (This was in the works before Sarah Sundin signed a contract for her just-concluded series about destroyer men. I checked with her: She was writing about the Atlantic war; my guy’s in the Pacific. No problem.) I studied the list of Pacific destroyers and, oooh, the Spence. All kinds of possibilities there.

So there I had it: a sailor, his Rosie-the-Riveter wife, her WAC sister, and a grasshopper pilot. They’re all doing their part to help win the war, but sometimes the enemy isn’t obvious. 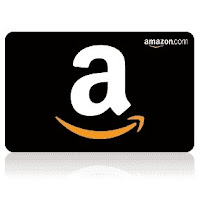 To celebrate the tour, Celebrate Lit Publishing is giving away:

1st Place prize of the Wheresoever They May Be – eBook

2nd Place prize of the Wheresoever They May Be – eBook!!

Disclaimer: *Disclosure of Material Connection: I received a copy of this book for free in the hope that I would mention/review it on my blog. I was not required to give a positive review, only my honest opinion - which I've done. All thoughts and opinions expressed are my own. I am disclosing this in accordance with the Federal Trade Commission's 16 CFR, Part 255: "Guides Concerning the Use of Endorsements and Testimonials in Advertising.*
Posted by Debbie Wilder at 8:16 PM